The hope for the completion of the 30-km Ikorodu-Sagamu Road was brightened on Wednesday when the Nigerian Senate passed the 2022 Supplementary Appropriation Bill, 2022. The economically important road that links the Lagos East Senatorial District to the rest of the country was among the priority projects captured in the supplementary budget. Funding augmentation required to complete the road before the end of the tenure of President Muhammadu Buhari had been provided in the bill. 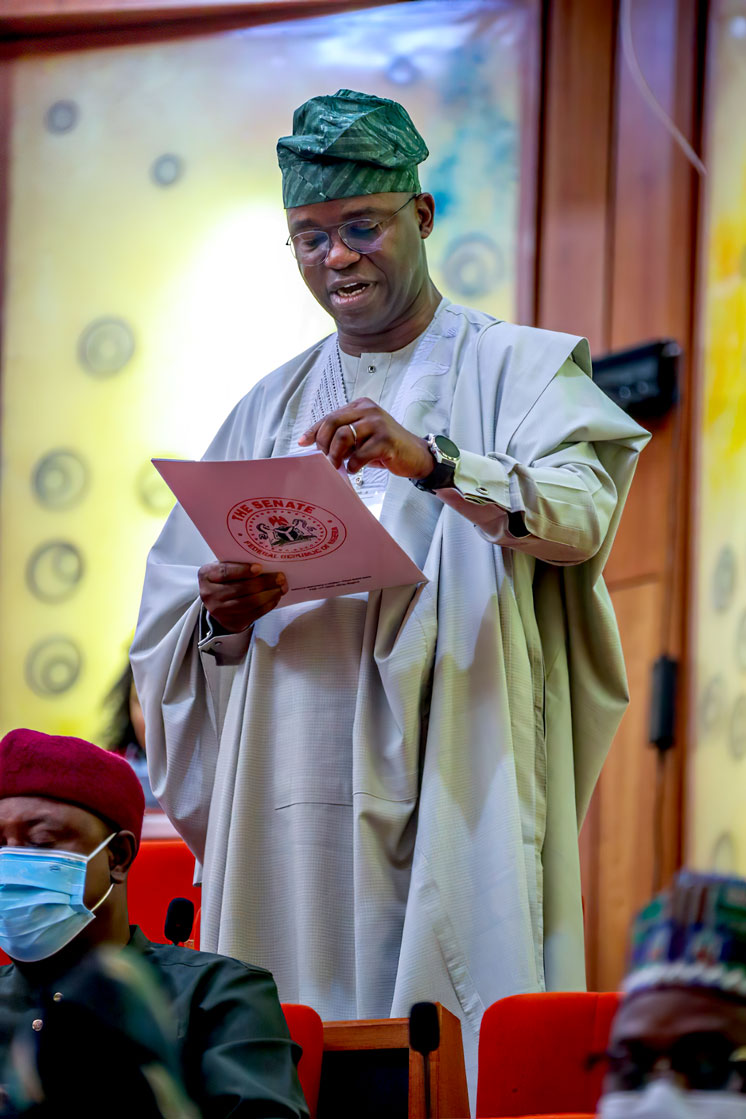 The Chairman of, the Senate Committee on Appropriations, Senator Barau Jibrin (Kano North) presented the bill before the Senate for consideration. The Senate approved it and transmitted the bill to President Buhari for his assent.

It will be recalled that on Wednesday, 7th December 2022, His Excellency, Mr Babatunde Raji Fashola, SAN, the Honourable Minister of Works and Housing, gave assurances about making necessary provisions for the inclusion of the required funds for the completion of the road in the supplementary budget of the Ministry when the Senator representing Lagos East Senatorial District, Senator Mukhail Adetokunbo Abiru FCA paid him a courtesy call in his office in Abuja.

These milestones were made possible through the instrumentality of legislative intervention via a motion moved by Senator Abiru, “On The Urgent Need For Completion of The Rehabilitation Of The Ikorodu-Sagamu And Ikorodu-Itoikin- Epe Roads To Further Bridge The Infrastructure Gap And Enhance Economic Growth In Nigeria” in April 2021.

Before Senator Abiru’s intervention,  Ikorodu- Sagamu road, which was awarded on 5th June 2018 to Messrs Arab Contractors O.A.O. Nigeria Limited,  with a completion period of 36 months only attained 24.04% completion due to paucity of funding. However, the current intervention by the Senator has ensured the advancement of the 30-km Road to about 80% completion.

Senator Abiru thanked the Honourable Minister of Works and Housing, His Excellency, Mr Babatunde Raji Fashola SAN for his unwavering support in making this a reality. He equally recognised Senator Gbenga Ashafa, his predecessor in the Senate under whose tenure the project was started. In the same vein, the #DoingGood Senator also acknowledged the support of Honourable Babajimi Benson, the member representing Ikorodu in the House of Representatives for his support for this intervention.