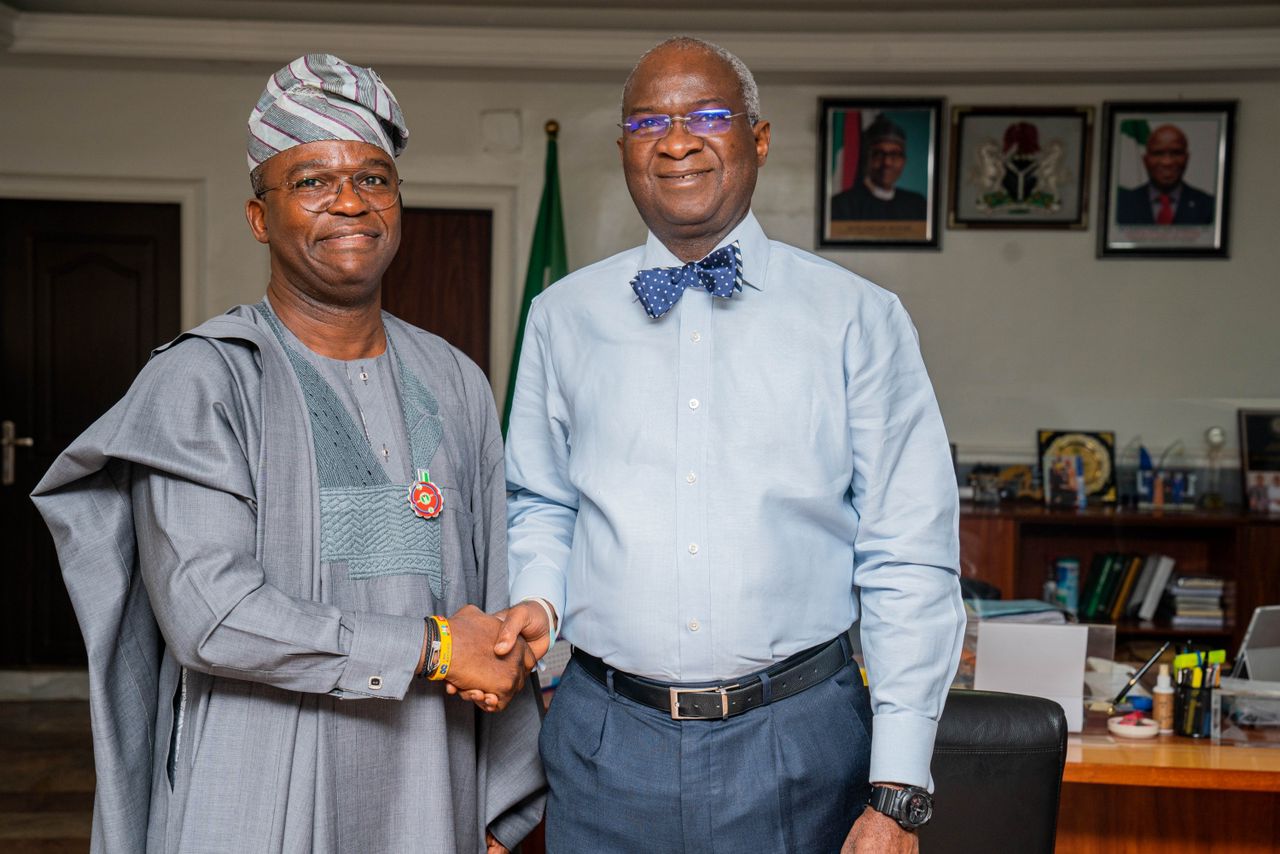 During the courtesy call, the #DoingGood Senator extended the gratitude of Constituents of the Lagos East Senatorial District to the minister for his support and efforts on the planned rehabilitation of 32-Km Ikorodu-Itoikin Road and the accelerated work on Ikorodu-Sagamu Road, which is almost completed.

The Honourable Minister assured Senator Abiru that the road would be completed before the end of President Muhammadu Buhari administration.

These milestones were made possible through the instrumentality of legislative intervention via a motion moved by Senator Abiru, “On The Urgent Need For The Rehabilitation Of The Ikorodu-Sagamu And Ikorodu-Itoikin- Epe Roads To Further Bridge The Infrastructure Gap And Enhance Economic Growth In Nigeria” in April 2021.

Senator Abiru convinced the Senate by highlighting the importance of the two roads to the nation’s economic growth as they serve as access points from other parts of the country: Ogun, Edo, and the Northern parts of the country and also routes to New Lekki- Ibeju corridor where we have a major refinery, Lagos Deep Seaport and Free Trade Zone, etc.

The motion was fully supported and approved by the Nigerian Senate, and thereafter obtained the cooperation and support of the Ministry of Works and Housing, particularly, the Honourable minister, His Excellency, Mr Babatunde Fashola, SAN.

Before Senator Abiru’s intervention,  Ikorodu- Sagamu road, which was awarded on 5th June 2018 to Messrs Arab Contractors O.A.O. Nigeria Limited,  with a completion period of 36 months only attained 24.04% completion due to paucity of funding. However, the current intervention by the Senator has ensured the advancement of the 30-km Road to about 85% completion.