The beneficiaries of the Senator Tokunbo Abiru COVID-19 Financial Relief Scheme have received direct credits in their respective bank accounts for the month of November 2022, (making it the 23rd consecutive month of receiving this social service support by beneficiaries). 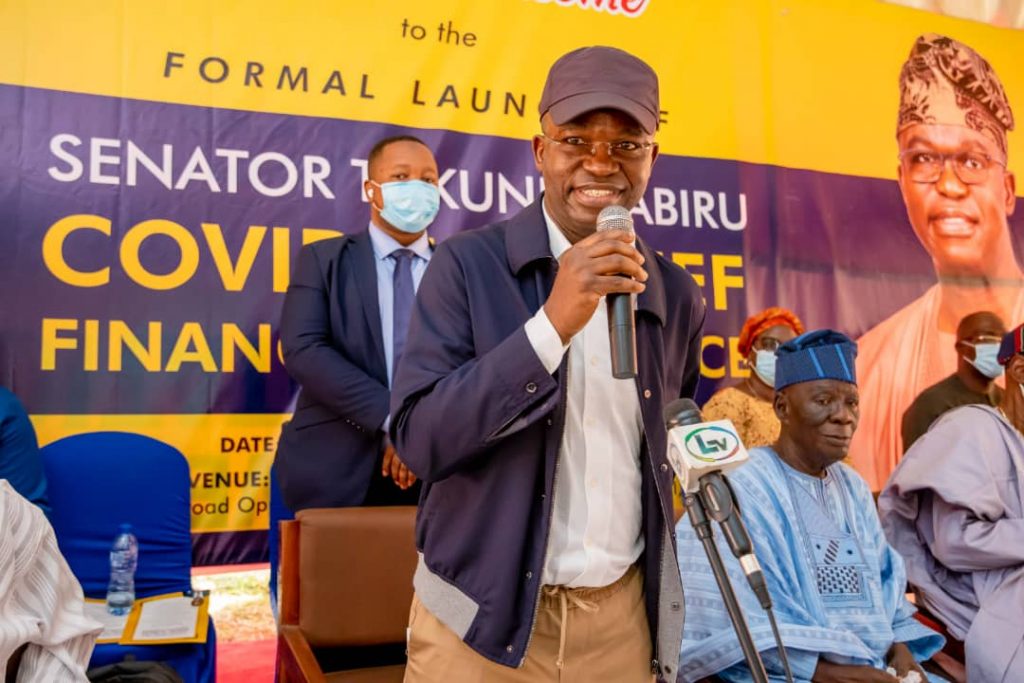 People with physical disabilities; aged; unemployed youth and women who receive direct credit transfers of N5,000 each into their respective bank accounts every other month. Those who received payment for the month of November  2022, belong to the batch A category.   These beneficiaries were nominated by 98 ward chairmen, Local Government Party chairmen, Community Development Committees (CDCs), Governance Advisory Council(GAC)leaders, Royal fathers, League of Imams, Christian Association of Nigeria (CAN) and notable leaders in the 16 LGs/LCDAs of the Lagos East Senatorial district.

The scheme which kicked off in January 2021 was earlier planned to terminate in December 2021, but the Senator graciously continued in the new year as the economic headwinds occasioned by the COVID-19 pandemic are yet to fully abate.

Abiru, fondly called the #DoingGood Senator said his concern for the plight of the poor necessitated the continuation of financial support to ease the hardship of the vulnerable at the bottom of the socio-economic pyramid.

The #DoingGood Senator who has been delivering on his mantra of, ‘Greater good to the larger number of people’, has been greatly commended for his novel interventions and programmes.

The beneficiaries of this continuous scheme are listed below: