The #DoingGood Senator was commended by dignitaries including the governor of Lagos State, Mr Babajide Olusola Sanwo-Olu, top executives of finance agencies in Nigeria and leaders of the party for fulfilling his promise he made to the people. 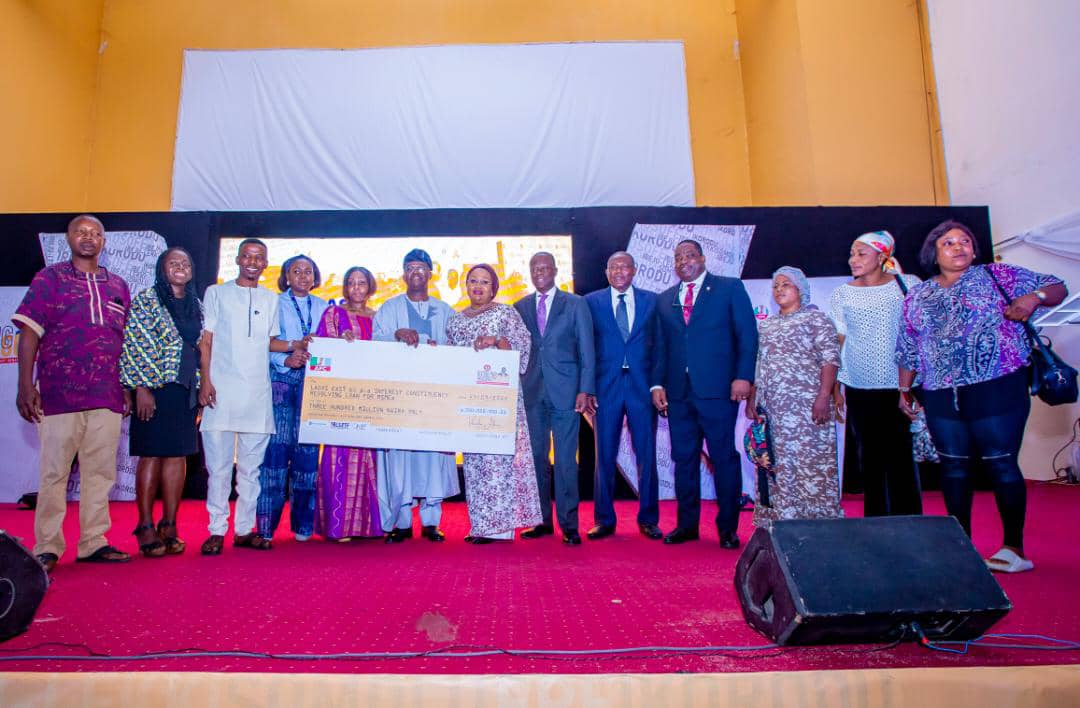 Beneficiaries who had been shortlisted for the high concessional loan were elated and thanked the Senator for providing the much needed support for their respective businesses.

On why he is supporting MSMEs in the district, Abiru, a retired bank Chief Executive and former Commissioner for Finance in Lagos State said MSMEs played a pivotal role in economic development adding that they contribute hugely to the national Gross Domestic Product (GDP).

He said, “Micro, Small and Medium Enterprises (MSMEs) play an important role in the economic development process. This reality is acknowledged globally. They play crucial roles in job creation, income redistribution, mobilization of small savings, technology adaptation, economic inclusion and many more. In Nigeria, the MSMEs account for about 50% of our Gross Domestic Product and over 80% of employment and have footprints across all sectors of our economy. Therefore, they offer good channels for the realization of development objectives of job creation, economic inclusion and poverty reduction. 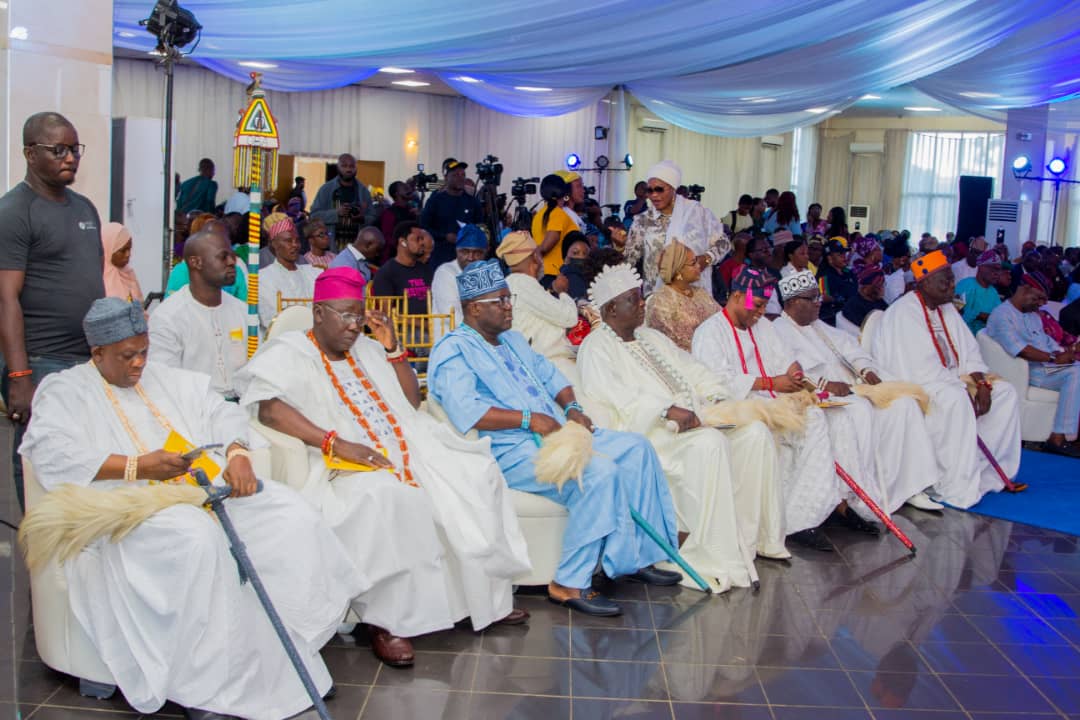 “Access to finance has been identified by various studies as one of the biggest challenges faced by small businesses in the Nigerian economy. Many MSMEs, out of desperation, take loans from informal financial markets and finance companies at outrageous interest rates, sometimes as high as between 50% - 120% per annum. MSMEs are also subjected to a lot of complex requirements such as loan collaterals, strenuous documentations, and bureaucratic processes which impede access to credit by these small businesses.

“This Constituency Intervention Revolving Loan for MSMEs will go a long way in bringing succor to our numerous small businesses in the Lagos East Senatorial District. To ensure the sustainability of the scheme, we have developed a risk management framework to make the scheme an enduring and revolving facility that will impact many more people beyond the first round of beneficiaries”.

Governor of Lagos State , Mr Babajide Olusola Sanwo-Olu, who was represented by his deputy Chief of Staff, Mr Gboyega Soyonwo said Senator Abiru has continued to keep faith with the people.

The governor said, “ I commend my dear brother, distinguished Senator Mukhail Adetokunbo Abiru for Keeping faith with his constituents, the good people of Lagos East Senatorial District and the entire people of Lagos State through effective representation at the red chamber and the various empowerment programmes he has initiated including the one being unveiled here today. This is an example of the dividends of democracy our people desire and we will not relent in ensuring that the welfare and wellbeing of our people remain our one and only priority”.

The Chairman of the occasion, Mr Olawale Edun, an international Finance expert, who is also the Chairman, ChapelHillDenham Group acknowledged that the Senator has brought great value into governance as an accomplished professional.

The former Lagos State commissioner of Finance said; “ If you want to do anything that will be sustainable, do it the way the Senator has done it - bringing major institutions who will train and assist people and empower them to do their business. It is almost free money considering the 6% interest rate per annum. Take this money, use it well so that another person can benefit”.

The Managing Director, Bank of Industries, Mr Olukayode Pitan, in his remarks charged MSMEs to reposition their businesses in line with post pandemic realities.

He said, “The pandemic taught us many life-changing business lessons. We now know that new business owners’ top priority isn’t only finance but credible business intelligence and knowledge to guide their creation, survival and success strategies. The pandemic required resilient entrepreneurs to adapt their businesses to new economic realities, from making and branding their products to reaching customers’.

Olawale Fasanya, Director General , Small and Medium Enterprises Development of Nigeria (SMEDAN) said he was also a beneficiary of the good deed of Senator Abiru.

“ I am not sure the people of Lagos East know the kind of Senator they have. In my 19 years of working at the SMEDAN, I have not seen this kind of Senator. He is very passionate about the wellbeing of his constituents”.

The Executive Secretary, Lagos State Employment Trust Fund (LSETF), Tejumola Abisoye, who was represented by Omolara Adewunmi , Director, Programmes, LSETF said the agency was pleased to partner with the office of the Senator in implementing the laudable initiative. She said 6% Interest per annum which was subsidized by the Senator is the lowest MSMEs can get anywhere.

“No financial institution can give you that. Even at LSETF we do 9%”, Adewunmi disclosed.

The Chief Executive Officer, The Centre for the Promotion of Private Enterprise (CPPE), Dr Muda Yusuf commended Senator Abiru for promoting economic wellbeing of his constituents.

He said, “This remarkable initiative by distinguished Senator Tokunbo Abiru resonates perfectly with our core mandate as a civil society organization, which is the promotion of private enterprise.

“We believe that to salvage this economy and ensure social stability, we must promote the growth of private enterprises, especially the small businesses. And we must do this in a manner that is impactful and sustainable. In the light of this, it is the belief of the CPPE that this initiative deserves all the necessary support”.