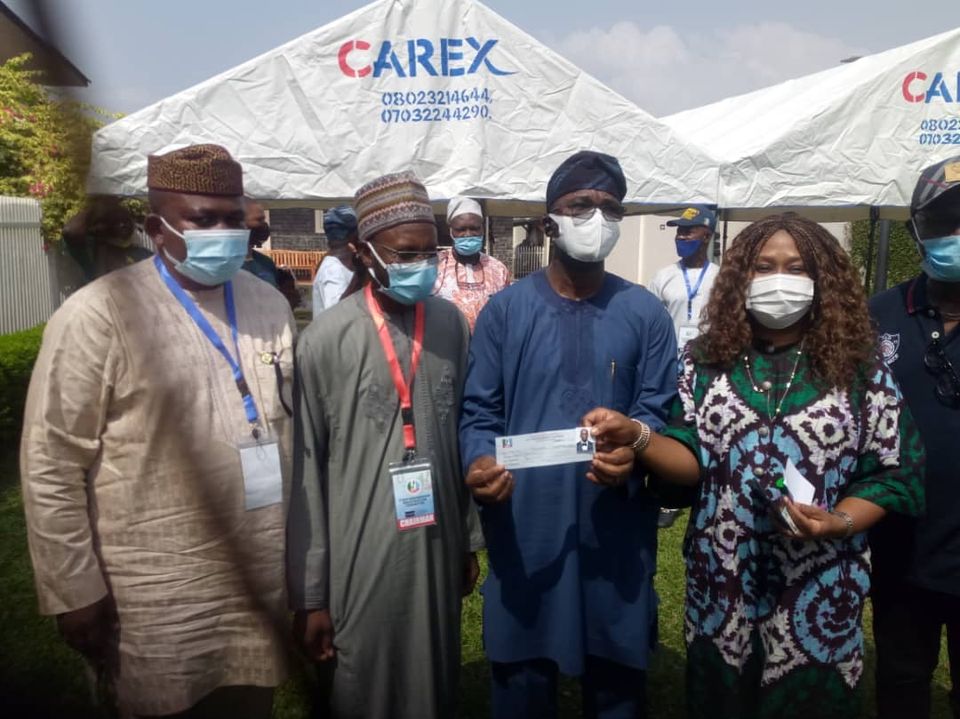 The registration exercise which took place in the Senator’s ward, (Aga/Ijomu Ward A4) was supervised by officials of the APC Membership Registration and Revalidation Committee led by Dr Bashir Ruwangodiya, Lagos State Chairman, National Supervisory Committee and the Secretary of the Committee, Barrister Wasiu Doyin Banjo.

After the revalidation exercise, Senator Abiru flanked by his wife, Feyisola displayed the registration slips to the admiration of party leaders who witnessed the exercise.

Senator Abiru urged residents of Lagos East who are not yet members of the party to join the progressives fold.