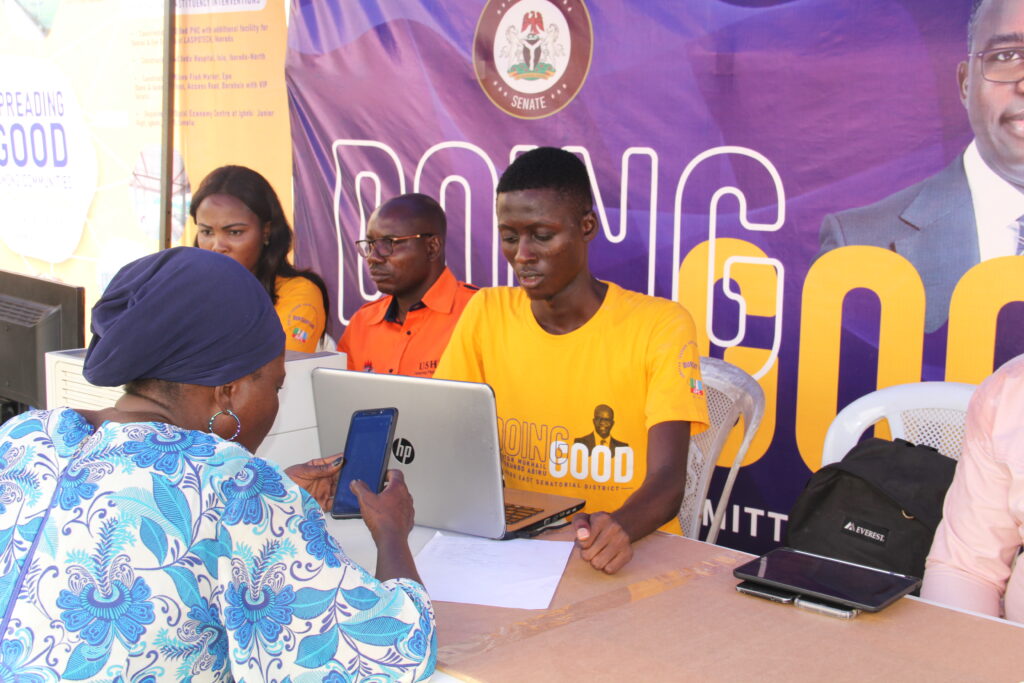 The Trade Fair that was organized by the Ikorodu Chamber of Commerce and Industries, ICCI and the LASPOTECH attracted businesses from across Ikorodu Division and beyond. All through the Trade Fair, the Office of the distinguished Senator Tokunbo Abiru identified with the organizers and exhibitors by setting up a stand that provided business advisory and support.

At the Trade Fair, each of the 20 businesses that were identified to be in dire need of support benefited N100,000 Senator Tokunbo Abiru Business Grant for business stability. 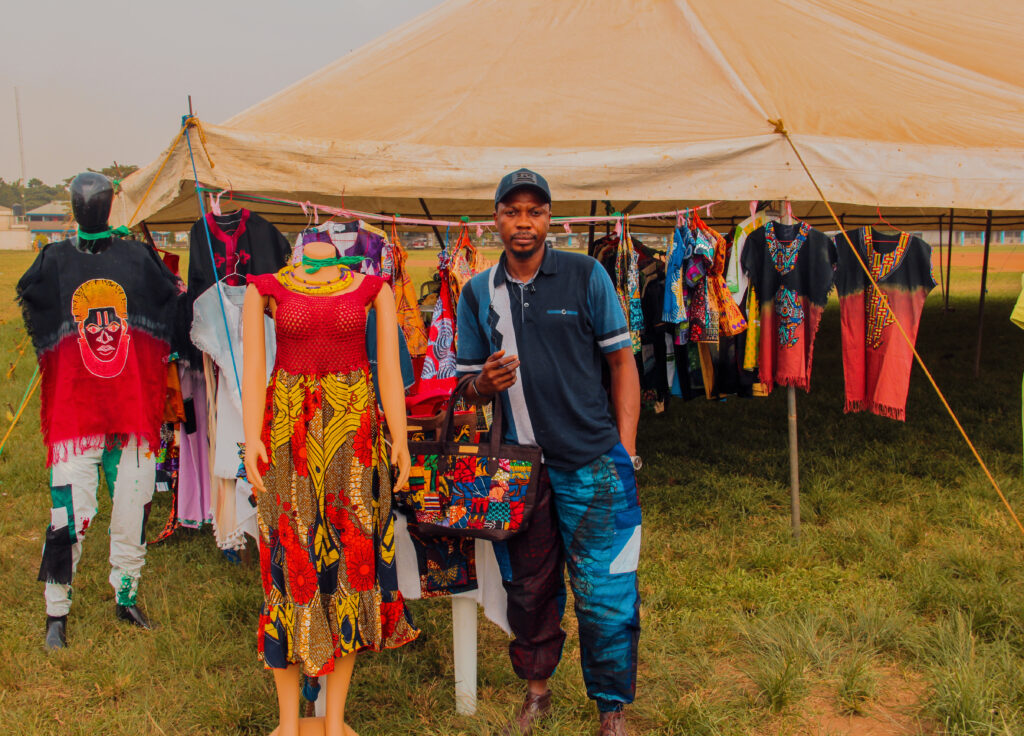 The 20 beneficiaries of the grant were selected using some parameters, which include; residency of Lagos East, possession of a business account, must be an exhibitor at the Ikorodu Division Trade Fair among others.

On why Senator Tokunbo Abiru gave out books to selected business owners, Enitan Olukotun, Media Aide to the Senator said that, some business owners erroneously think that what they need to improve their business was money but, research has shown that, what many of them truly need was requisite knowledge to scale up their businesses.

The beneficiaries who were filled with joy applauded Distinguished Senator Tokunbo Abiru for the support stressing that the intervention was unprecedented in the Lagos East Senatorial District.

Mr Allen Oluyisola, a 53-Year-Old male exhibitor and a beneficiary who is also a student in the department of Computer Science, Lagos State Polytechnic thanked Senator Abiru for the gesture. He promised to always support the Senator in his future elections. “I will go out of my way to convince those who are close to me to do the same’’, excited Oluyisola promised.

‘With this gesture, I see our Senator as a patriot. It takes a patriot to want to support entrepreneurs with a whopping one hundred thousand naira, the way he has done. He understands the economy and knows that it is the SMEs that drive the nation’s economy. I say a big Thank You to our Senator’.

Another beneficiary and CEO of Oga Events & Productions, Mrs Rukayat Akinpelu Onabanjo noted that, ‘What Senator Tokunbo Abiru has done today is to surprise us. None of us saw this coming. When we first saw his stand, we thought it was the usual political campaign gimmicks. We cannot thank the Senator enough. He is truly doing good’, she said.

Similarly, a waste recycler and garbage bag manufacturer, Mrs Matilda Olatunji Taiwo noted that, ‘Senator Abiru has added value to our businesses with this grant. As the Chairman, Senate Committee on Industries, it shows he truly knows the challenges confronting micro manufacturers like us’.

Another beneficiary, a fashion entrepreneur, Mrs Adaobi Ngozi Owoto was also full of gratitude to Senator Tokunbo Abiru. She promised to plough the grant into her business and expand her business .