*… We are not surprised about your outstanding achievements, we know the stuff you are made of. - Gov Sanwo-Olu **italic text* 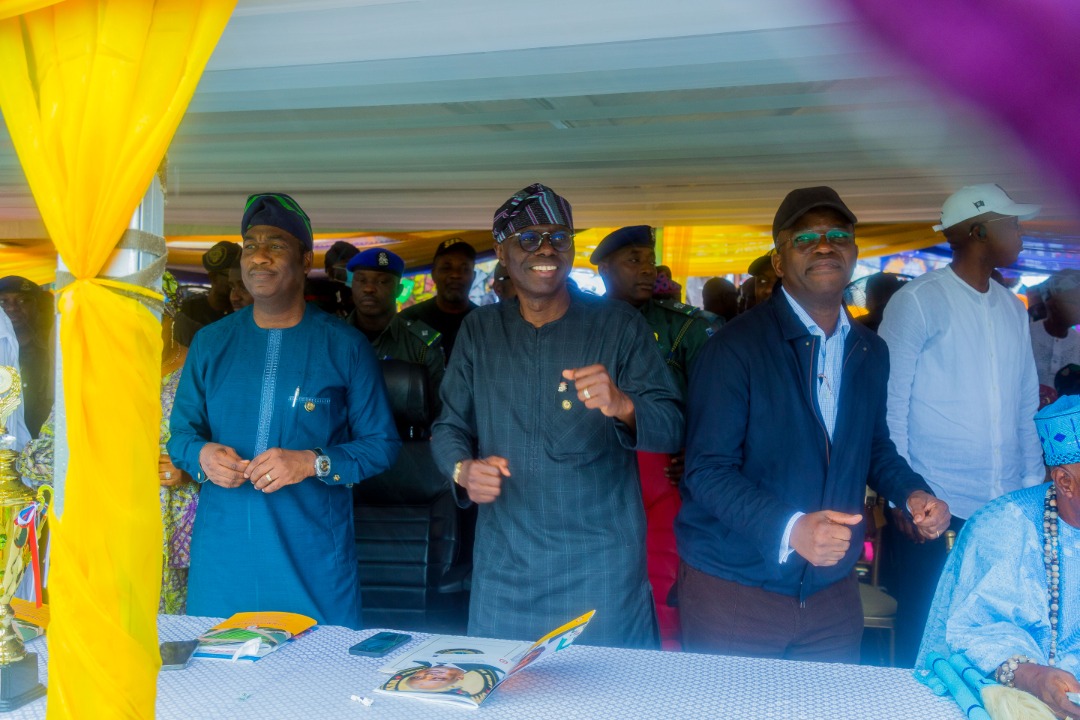 The residents of the ancient city of Epe defied torrential rains to welcome their federal lawmaker, the #DoingGood Senator, Tokunbo Abiru, the Senator representing Lagos East Senatorial District and the governor , Mr Babajide Sanwo-Olu to the commissioning of projects facilitated by Senator Abiru.

The projects were done by the Presidency through the office of the Sustainable Development Goals(SDGs). 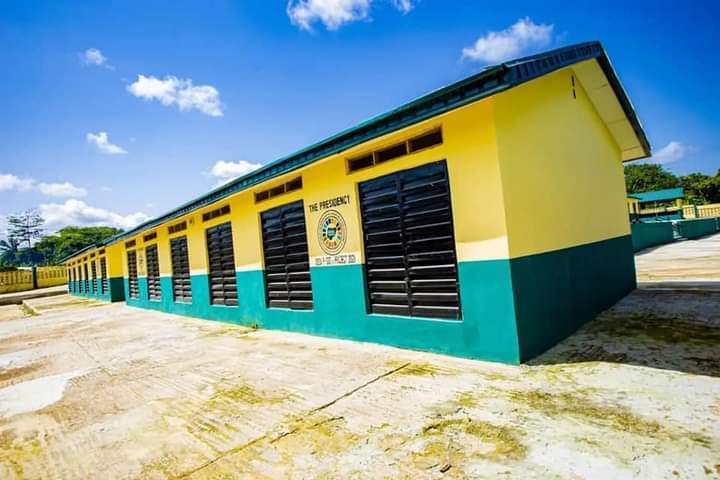 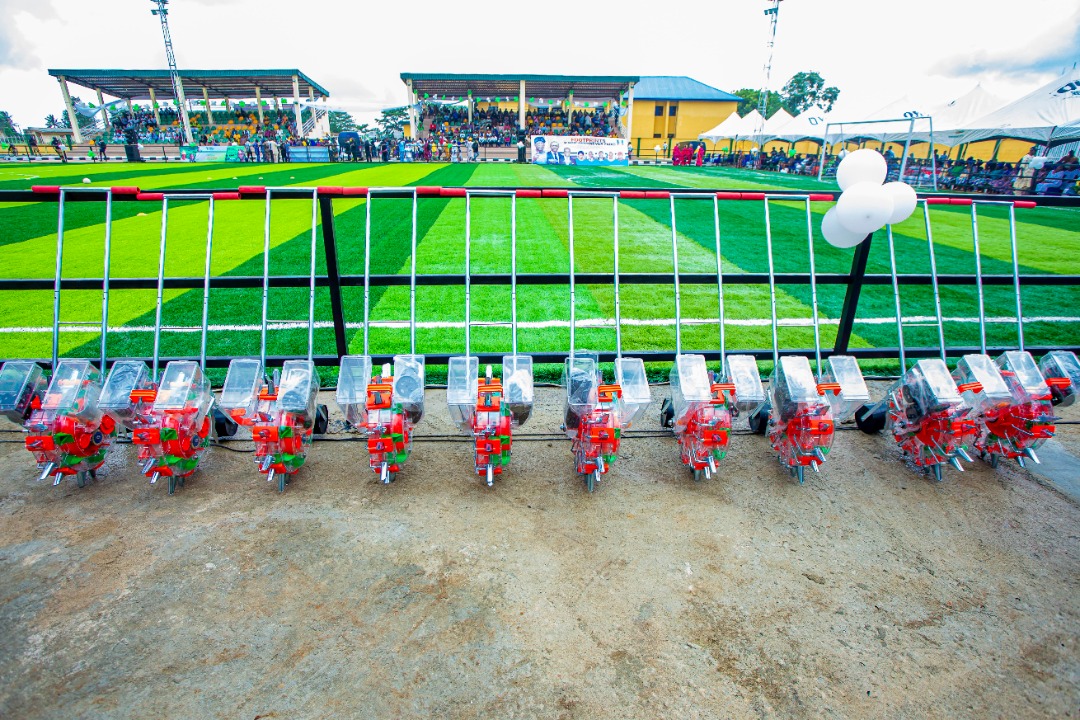 Abiru also doled out grants worth 62.5m to 1,250 selected market women and traders across the senatorial district and also supported about 200 rural farmers with hand planters and financial grants.

Senator Abiru in his speech said he was passionate about improving the socio-economic conditions of his constituents adding that he will not relent in his quest to ensure there is greater good to the larger.

In his remarks, Governor Sanwo-Olu said, “Over the last 18 months, Senator Abiru has dutifully delivered the dividends of democracy in several areas and on multiple fronts, not just in the primary mandate of law-making, but also in terms of life-changing empowerment and endowment.

“Today, we are here to commission a number of infrastructure projects by him, some of which are facilitated through the Office of the Special Assistant to President Buhari on Sustainable Development Goals (SDGs), occupied an esteemed daughter of Lagos, Princess Adejoke Orelope-Adefulire”.

Princess Orelope-Adefulire applauded Senator Abiru for making women empowerment as a cardinal focus of his activities, she noted that such action is crucial for social integration and inclusiveness.

She said the Office of the SDGs in the presidency had facilitated rehabilitation of more than 10 schools and four healthcare projects in the Lagos East Senatorial district.

A novelty football match was played on the pitch between Tokunbo Abiru Football Club and Epe Alaro United. The match ended in a penalty. 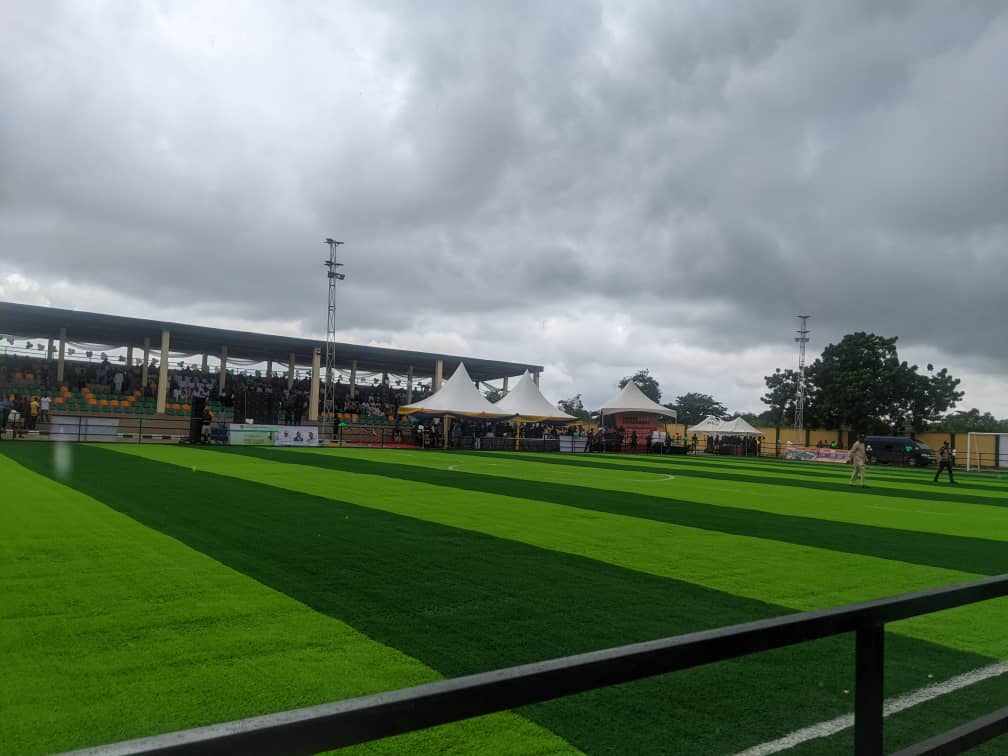